Culture refers to the demonstrations like music and dance that are a part of the humans’ intellectual achievement. It varies from region to region, country to country, community to community and people to people. This collective term is a way to describe the ethnic as well as modern cultures of a place; it is a name given to a collection of arts and traditions. In fact, cultures are helpful in building up nations as well as in their division, culture was supposed to be the dividing line between states and countries.

It is known to be a thing to preserve. People strive to hold on to their culture, especially in this era of a fast paced lifestyle. Today, where cults are appearing and disappearing at the blink of an eye, it is hard to follow the old world cultures. There are a number of odd reasons leading up to the previous sentence I wrote, however I’d leave its discussion for some other post.

Though cultural activities are important, there’s a certain limit that one should stretch themselves up to. There are a number of reasons why people choose to detach themselves from their cultural backgrounds. We shall discuss this in the following paragraphs; however, one must understand that it is very difficult to differentiate the positives and negatives of “culture”, as a broad category. If we were to talk about some specific culture, it would have been much easier to follow the division of “good” and “bad”. 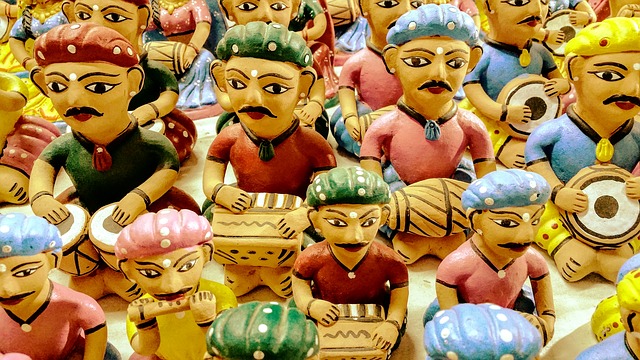 Culture is a way to differentiate between groups and the very fact that knowing these difference different groups choose to accept and live with each other is positive. To know different cultures and to evolve in a manner different from one’s neighboring state gives one the ability to be adaptive and better at socializing. It helps an individual, and the world on a whole, to understand different perspectives regarding an issue. Culture leads to broad mindedness. To prove this, I’d like to cite the example of Indian history, of an era which was ruled by the Mughals. The rulers in that period who encouraged art are recorded as the best loved ones and are known to keep their kingdoms in the most peaceful manner possible, as opposed to rulers who had no love for cultural settlement. Jahangir and Shah Jahan are shining examples to stand opposite Aurangzeb who led to the eventual decline of the Mughal rule.

Another positive factor of culture is that it initiates the wheels of tradition, an important part of human history.
Culture also imbeds the qualities of respect, communication, participation and creativity amongst the people. When surrounded by people who respect you and can communicate with you, you are saved from depression and loneliness. Also, surrounded by people who care and encourage can help one sharpen their talents to degrees unfathomable.

Since culture is a phenomenon, a process, there is little negative to say about it. However, the product this process leads to may be highly negative.

Culture is known to be profoundly negative in places where the diversity of cultures is not celebrated. Discrimination and wars based on cultures are the sole purpose they are deemed as “not so positive”. When isolated and alone amongst people of an alien culture, a person goes through what is termed as “cultural shock”. Now this can have loads of negative effects of the person in question. Frustration, loneliness, homesickness and linguistic chauvinism may be the results of cultural shock. One may even resort to criticizing and defaming the culture of the host region and be succumbed to sadness, depression, withdrawal and bad sleep cycles. Eventually, all this may lead to physical damages like body aches and inability to function normally.

Sometimes, a region may take up a negative culture, or may take up some negative activities in the name of “culture” that may include exclusion of several castes (like the old Britain), defensiveness and violence (you can see a hint of it in the incident where an American shot down an immigrant, yelling at the top of his voice GO BACK TO YOUR COUNTRY), unnecessary criticism (like those thrown at Islamic girls for adopting “dancing” as their interest), and open contempt.